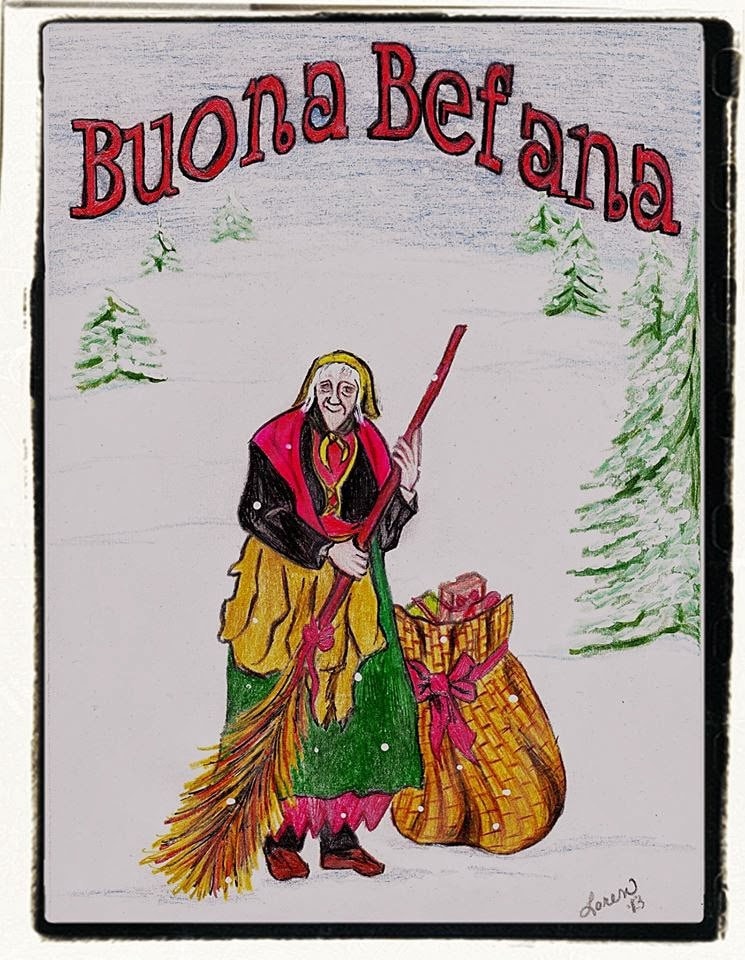 Each year, on the night of Jan. 5, the Eve of Epiphany, the 12th day of Christmas, Befana comes to visit children, in Italy.

Befana is an Italian strega. A strega is an Italian witch. Befana has a large nose and chin with warts, carefully mended clothes, and tattered shoes.

She will enter the home through keyholes or down the chimneys and decide who has been good and who has been naughty. She fills the stockings of good children with all sorts of goodies. The bad children get coal, onions, and garlic. Instead of milk and cookies, wine and fruit are left for Befana. She doesn't have the sleigh with reindeer, she flies on her broom. She also uses her broom to sweep the floor of each home that she visits before leaving.

January 6 is Epiphany, aka Old Christmas, aka Little Christmas. Epiphany, which is an national holiday in Italy, is the day that the 3 wise men arrived in Bethlehem to give their gifts of gold, frankincense, and myrrh.

In the town of Urbania, Le Marche, Italy, a celebration takes place every year. It is a four day festival that lasts from January 2- January 6. Children get to meet Befana and talk to her. There are witches everywhere in this town during the festival. You can also go to Befana's home.

Here's a pretty neat video, it's in Italian, but it is fun to watch.

A song that is sung about Befana is (translated to English):

The Befana comes by night With her shoes all tattered and torn She comes dressed in the Roman way Long life to the Befana!

She brings ashes and coal  To bad nasty children To the nice good child She brings candies and many gifts!

There is also a poem that was written by Giovanni Placido Agostino Pascoli (translated to English) Here comes, here comes the Befana She comes from the mountains in the deep of the night Look how tired she is! All wrapped up In snow and frost and the north wind! Here comes, here comes the Befana! There are two or three variations of the back story of Befana, but the common theme is this:

This kindly witch was invited by the 3 Wise Men to travel to meet Baby Jesus, but she declined saying that she had housework to do. Befana had the nicest and cleanest home in her town. She later felt guilty for not joining them, so now she hands out treats and presents to the good children.

Of course, if none of you celebrate Epiphany, then leave that part out. Having a witch deliver presents and treats is pretty darn neat. And of course, it is linked to neolithic beliefs and practices, before Christianity touched it, with historians suggesting that Befana is a descendant of Strenia. Strenia is a goddess that presided over new year's gifts.

I've put together some links with Befana crafts, recipes, music, and books. A couple of these pages are in Italian. 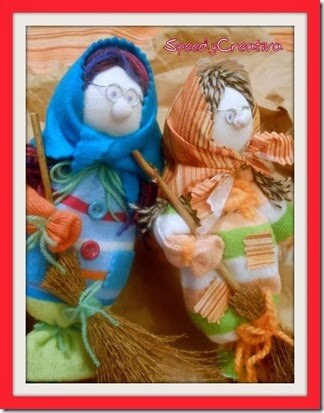 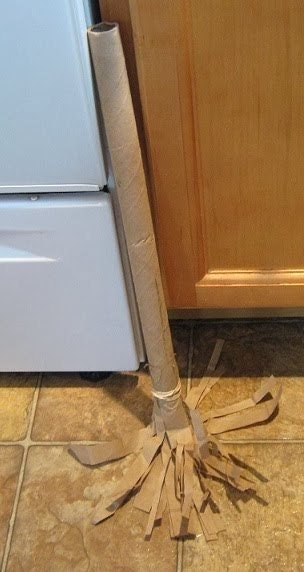 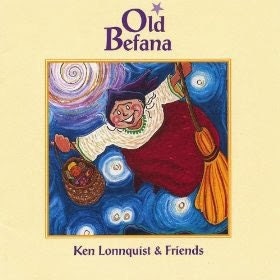 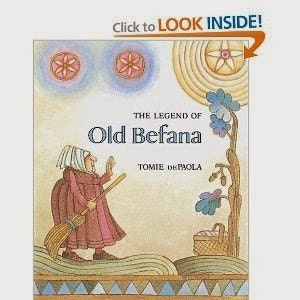 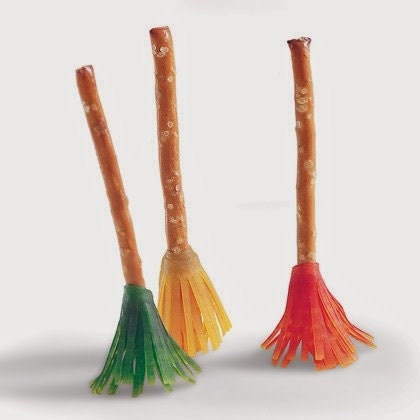 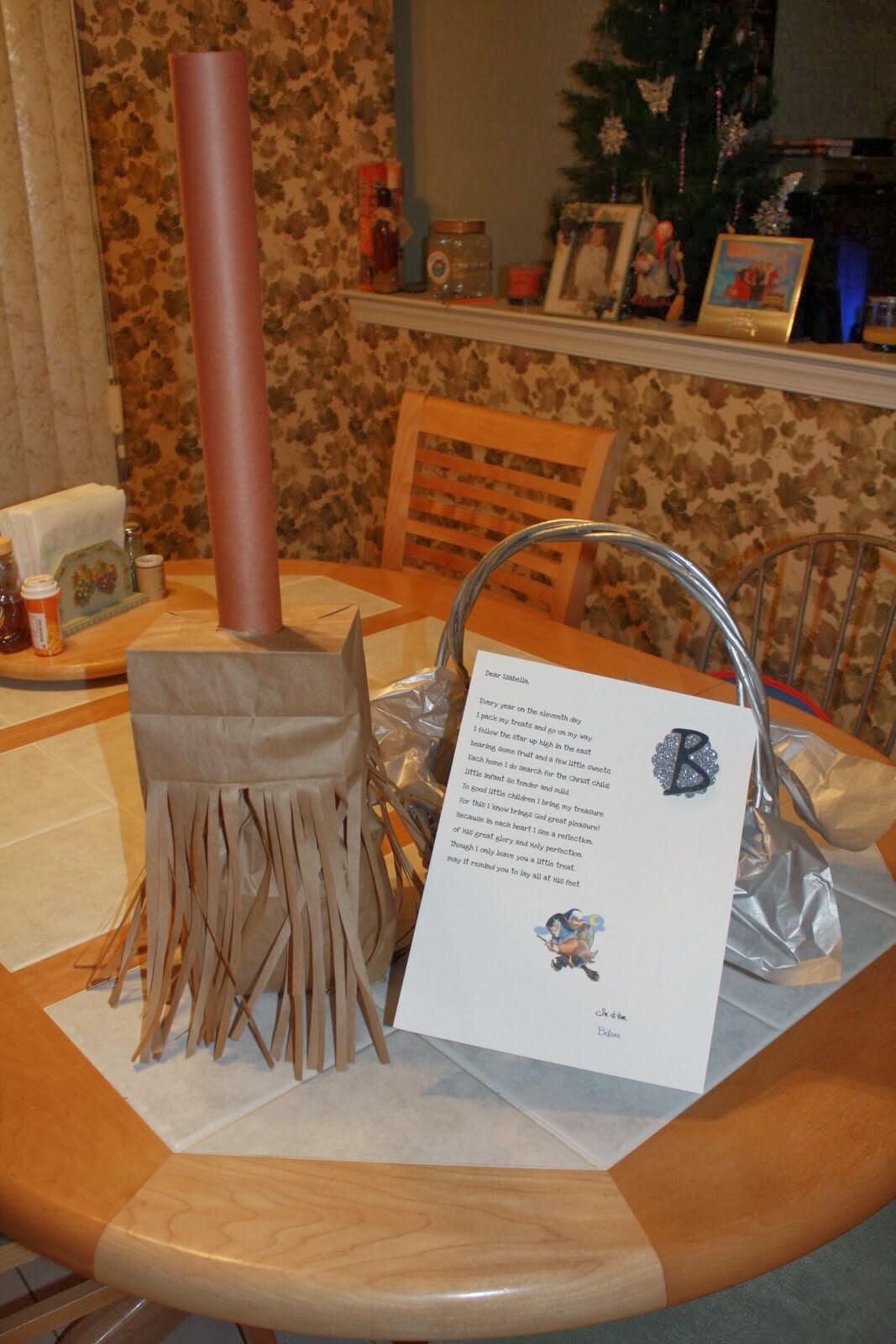 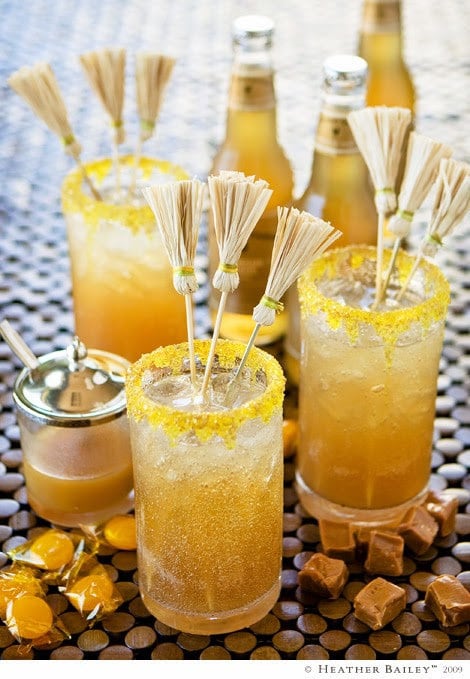 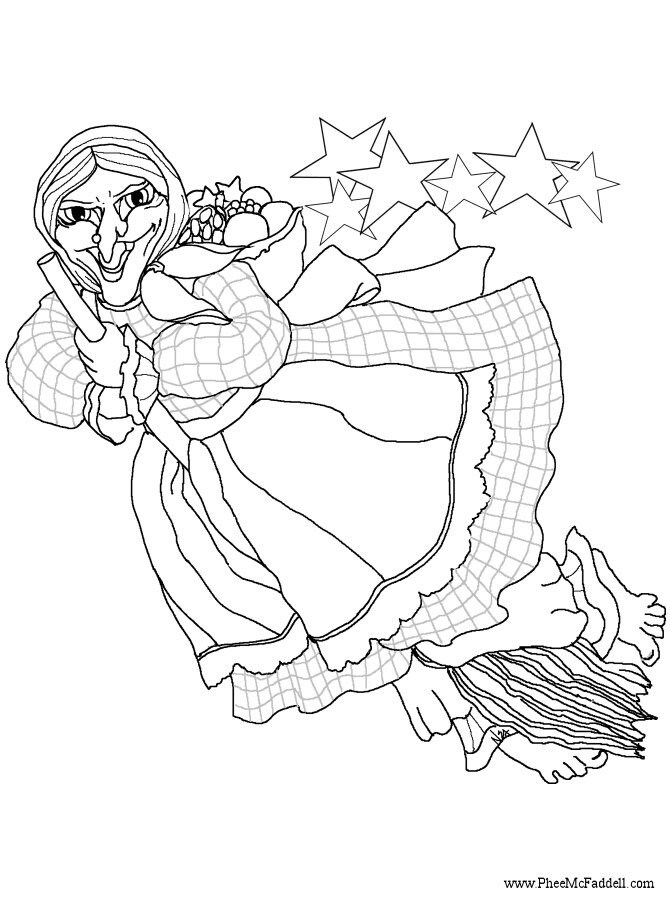 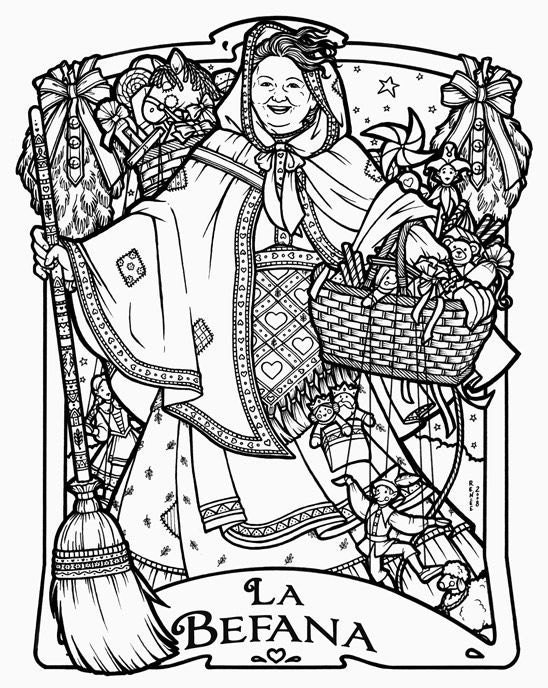 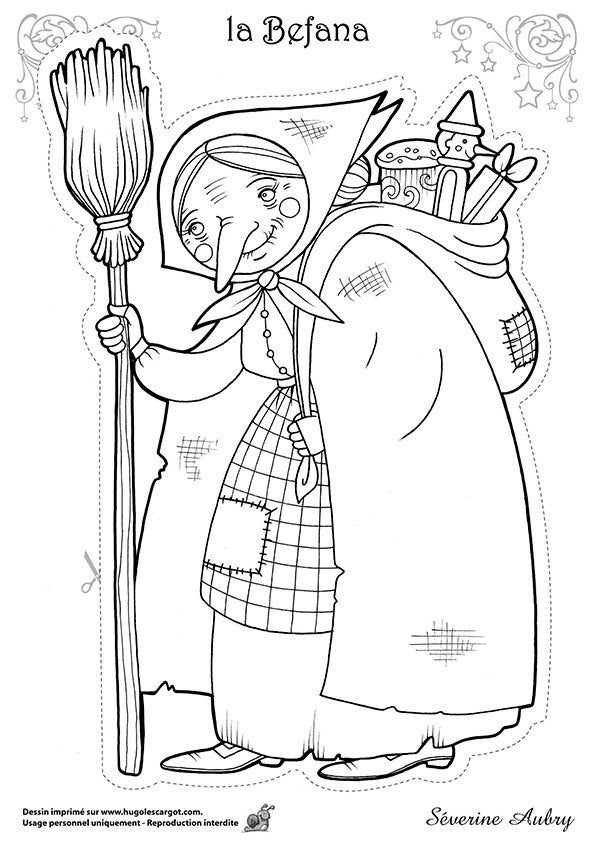 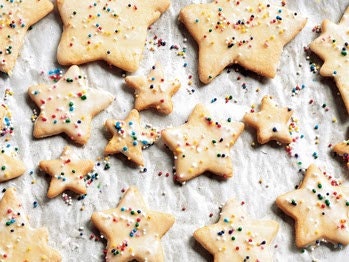 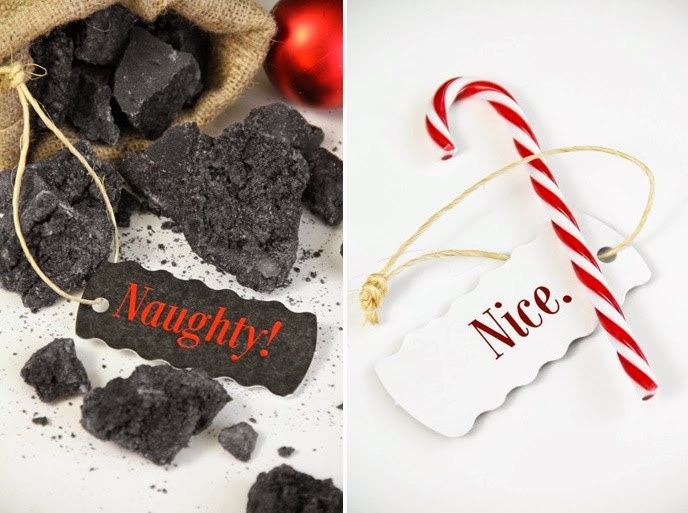 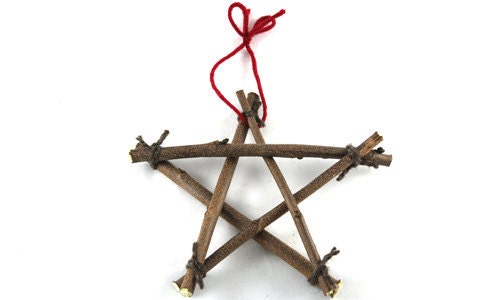 This one is just another neat blog: 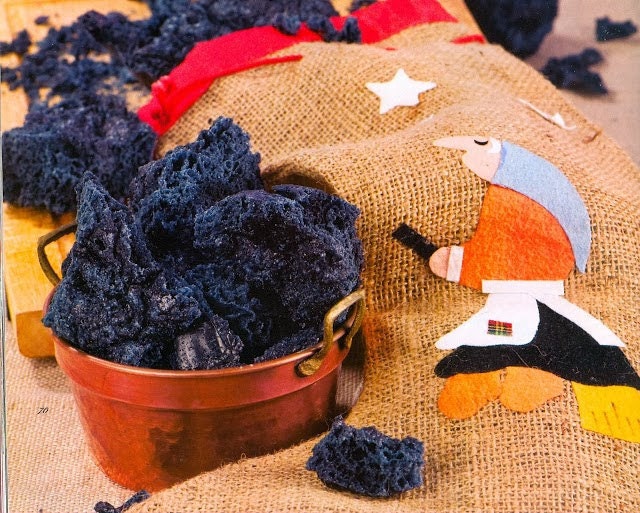