Hecate, the newest "Witches of Lore, Myth, and Magic" boxes are here, make sure that you get yours today! VERY limited quantity https://www.primwitchery.com/listing/843905756/witch-subscription-box-p 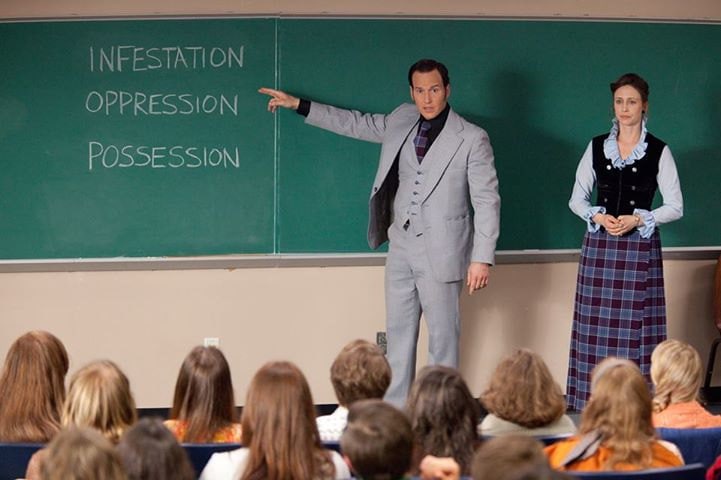 This blog was originally published on my old Saga's Cottage blog in August of 2013. I'm in the process of moving some of my posts over to the pattern site in an effort to have everything together and start blogging again.

Over the past couple of weeks there has been a lot of uproar over the movie, The Conjuring. I’ve heard about the movie, and both sides of the argument in the Pagan Community.  Some of you are mad about the movie, because it is being passed as “truth”. The rest of you say it’s just a movie, a horror story, not real. We shouldn't take it seriously.

I also want to make clear that I'm not a total naysayer when it comes to ghosts, spirits, or other un-explainable things. I, myself, enjoy the use of Spirit Boards, tarot cards, etc... I have a nice collection of Spirit Boards. My reason for this article is the direction that the Warrens always take their cases. Demons. They blame it on witches and witchcraft, and equate them with evil. They make people scared of things and scared other belief systems. That is why I don't like the Warrens.

Ed (now deceased) and Lorraine Warren, are self-proclaimed ghost busters and demonologists. They make my list of evil people. Yep, right up there with Pat Robertson. They lie. They manipulate. They lie some more. They get other people to lie. And even though I, and even you, may know that this is fake, there are people out there that really believe that what they say really and truly happened just like that big movie screen says that it did.

So, today my focus is on this lovely couple. I just want to point out some damning evidence against The Warrens.  I don’t want to make this some kind of long and boring post. I’m just going to give points of interests and links.

The first movie based on Warren accounts is The Amityville Horror. This is the case that made them famous: Amityville summary:

Ronald Defeo killed his family in the beautiful Long Island suburb home.  The Lutzes later purchased the beautiful home for a great purchase price and 28 days later, they fled in terror from it. Please keep in mind that two people that investigated before the Warrens said they found the haunting to be a hoax.

The claims made by the Ed and Lorrain Warren and the Lutzes included:

There are many more claims, but these are my favorite.

The Warrens and A Haunting in Connecticut

Like the above story, there are claims of demonic presence and activity by the Warrens. This home was a former funeral home.

The Warrens hired an author, Ray Garton, to write a book about this case. He did and it was named "In a Dark Place, The Story of a True Haunting". Mr. Garton had troubles with the Snedekers (the homeowners), however. It seems that they could not keep their stories straight. He went to the Warrens and was told by Ed that “They’re crazy,” he said. “All the people who come to us are crazy, that’s why they come to us. Just use what you can and make the rest up. You write scary books, right? Well, make it up and make it scary. That’s why we hired you.” [sic] - See more at: http://www.damnedct.com/damned-interview-ray-garton/#sthash.PSu4bFAT.dpuf

On another case, The Devil in Connecticut (book and TV movie), there is more trouble for Lorraine Warren. She is being sued by brothers involved in the case.

And finally, The Conjuring, the movie that got me to thinking about the Warrens. For this movie, I wanted to link to Christian Day's note. He explains it very well and he graciously allowed me to link back to him for this article.

EDIT: As a late edit, I am also going to include a link to this article by Jason Pitzl-Waters at The Wild Hunthttp://wildhunt.org/2013/07/the-conjuring-and-witchcraft.html

And also this new link that I just recently decided to add:

I hope you have enjoyed the information. I tried to make it "not boring", and I think it sheds good light on the real Warrens.